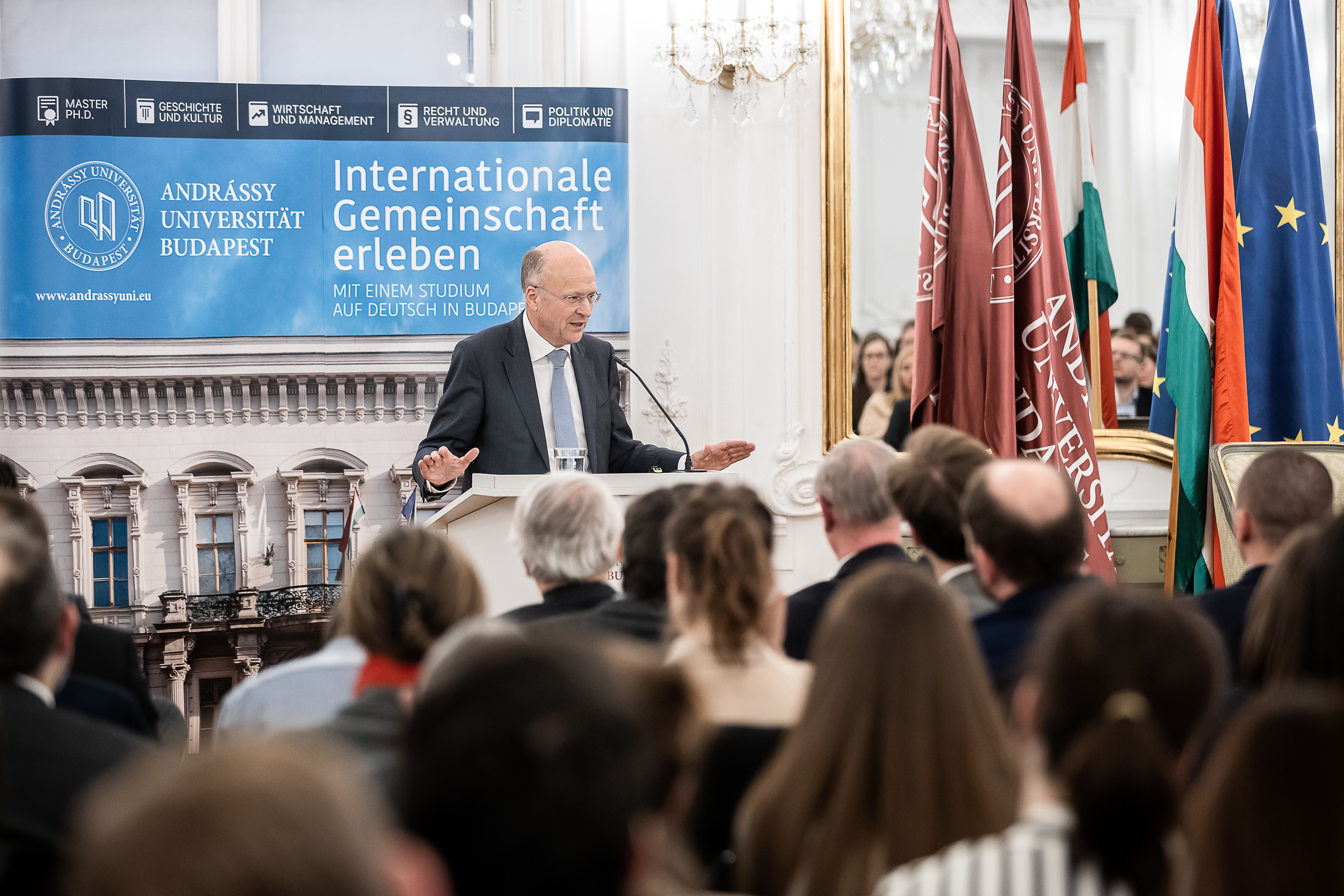 On 8 March 2019 the College of Europe alumni, together with the Oxford-Cambridge Society, HABA and Andrássy Alumni Club, welcomed Koen Lenaerts, President of the EU Court of Justice for a presentation at Andrássy University Budapest.

His lecture dealt with the contribution of the courts of the Central and Eastern European Member States to the development of EU law.

In 2004 altogether 10 new countries joined the EU. They adopted the entire acquis communautaire and, from day one, their administrative bodies and judicial courts had to apply EU norms along with National law. Their judges became very powerful: they were vested the competence to set aside National provisions if these colluded with EU law and they were also given the opportunity to put forward preliminary questions towards the EU Court to clarify EU norms. The Court in Luxembourg handed down many seminal judgements as a result of such proceedings: Kásler (re. unfair terms in consumer contracts), Allianz (re. competition law), CHEZ Razpredelenie Bulgaria (re. discrimination on ethnic origin), to name a few.

Dr. Bálint Bassola, Alumnus of the College of Europe, Bruges (Prom. John Locke, 2003-2004) made preliminary remarks and moderated the discussion with President Lenaerts.

See his lecture HERE and photos of the event HERE. 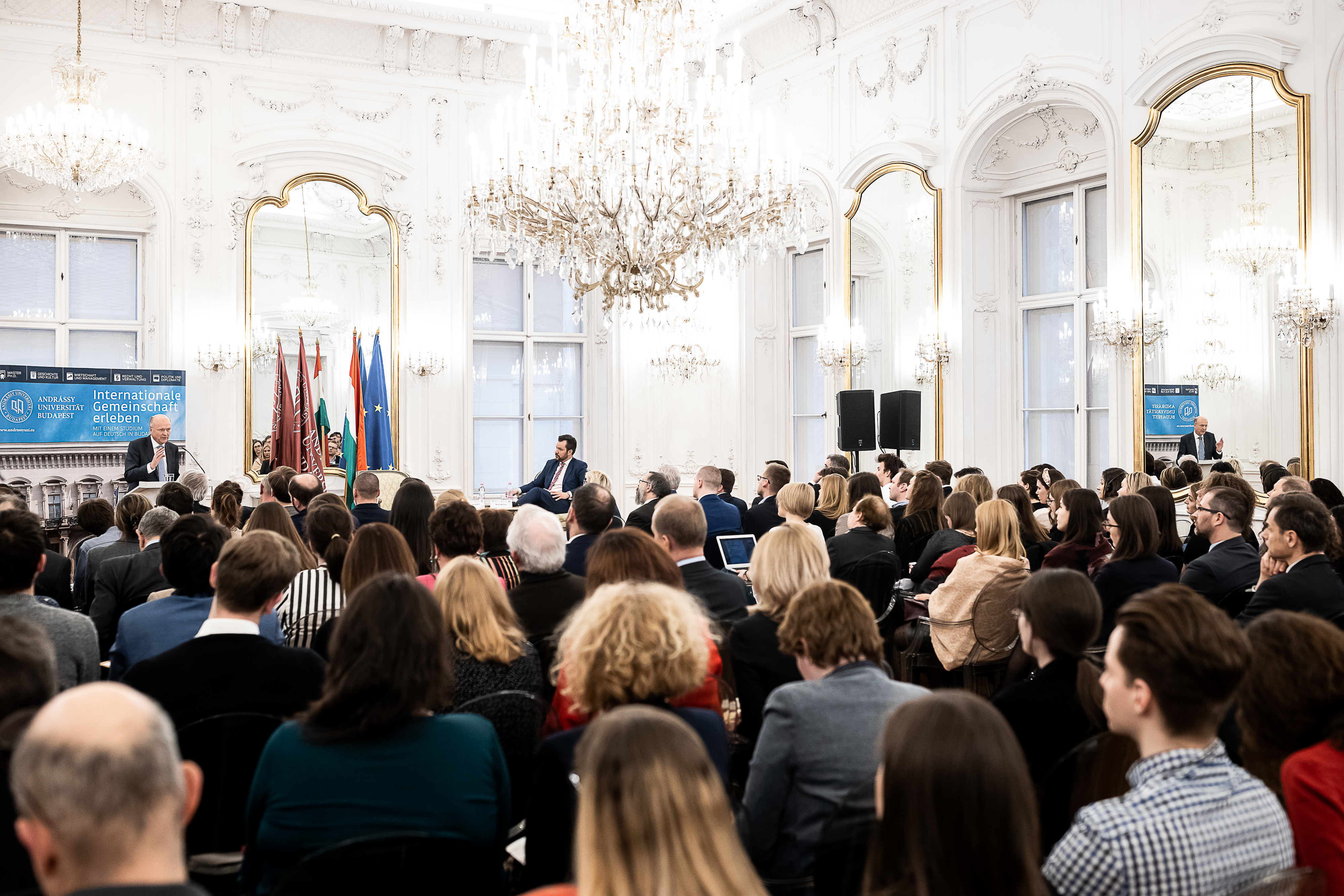